The Endocannabinoid System ( ECS ) has been  uncovered  about twenty years ago after the discovery of Δ9 tetrahydrocannabinol (THC) , its synthesis and specific mode of action (psychoactivity) ( Mechoulam 1964) ,the discovery of the cannabinoid receptors CB1 (Howlett 1986) and CB2 (Munro 1993) and the identification of the 2 ligands Anandamide (AEA Devane 1992) and 2-arachydonyl glycerol (2-AG Mechoulam 1995). It is a wide web of intercellular communication, essential for the maintenance of a stable internal milieu : HOMEOSTASIS; Biological Harmony even though there may be fluctuactions in the external environment by pollution, life style, poor diet or genetic variations or epigenetics. This neuromodulatory ubiquitous system, broadly expressed by the existence of cannabinoid receptors on every tissue and every cell of all biological systems ,commands the physiological balance for the control of body temperature , sleep,  food intake appetite nausea  body weight, pain, memory, learning, mood, emotional regulation, motivation, reward and addiction, fertility, reproduction, pre and post natal development, motricity. 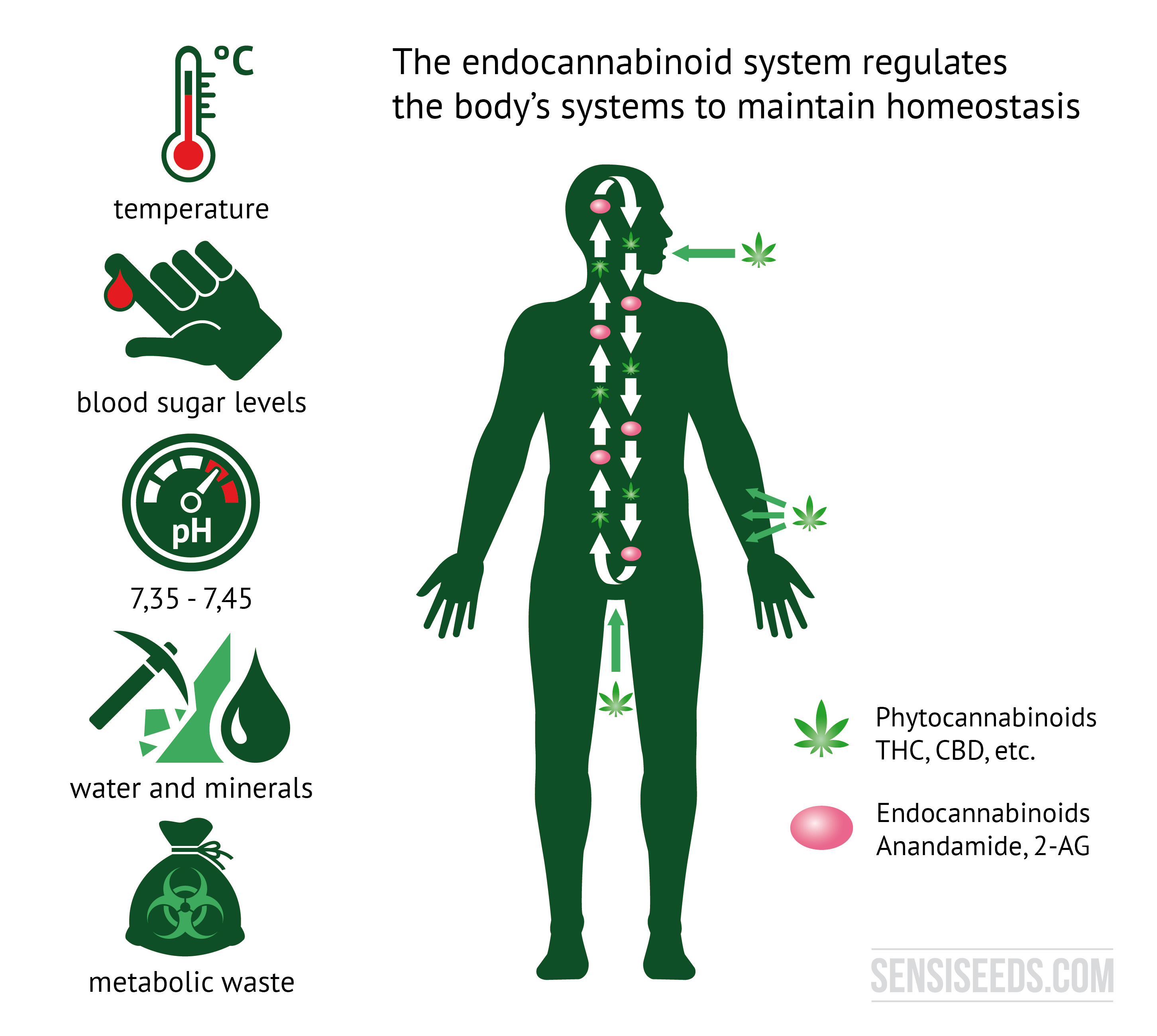 In case of cell homeostasis disruption, the ECS is activated on a space and time selective, key and lock ligand-receptor specific manner. The ECS exists in all vertebrates, humans from a very early stage of embryogenesis The ECS includes: The 2 endocannabinoid ligands 1)AEA and 2)2-AG, lipid compounds, are retrograde messengers, synthesized 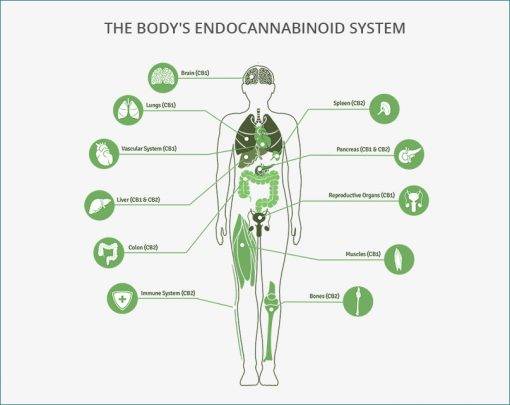 The receptors ,located in cell’s membrane inform the cells ; a receptor is a protein which interacts with substances outside of the cell to produce an answer in the cell

The enzymes responsible of the synthesis and degradation of the endocannabinoids : Fatty Acid Amide Hydrolase (FAAH ) for AEA and MonoAcylGlycerolLipase ( MAGL) for 2-AG. The clinical ECS deficiency syndrome (Russo) by insufficiency of production of endocannabinoids or cannabinoid receptors  could be  the cause of many pathologies : 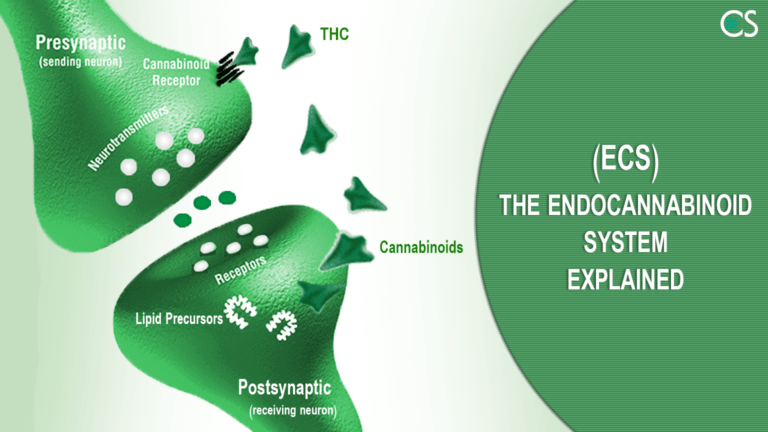 Supplementation with phytocannabinoids might improve this deficiency and alleviate symptoms Phytocannabinoids interact within the ECS :THC activates CB1R and produces psychoactivity; CBD interacts on many receptors ( 5-HT , GPR55 , TRPV1 … ) on the cerebral level upon memory anxiety, epilepsy, nausea spasticity, increases AEA level, extends and reduces THC’s psychoactivity …. The ECS  can be stimulated :

ECS receptors can be damaged by pesticides, phtalates, alcohol The ECS is predominant over the different biological including  immune and cerebral systems to protect the organism; Comprehension of ECS will allow prevention, care of multiple diseases, the treatments of which carry actually many side effects, few relapses and rare cures Manipulations of the ECS (ex by inhibiting the degrading enzymes) will offer huge therapeutic opportunities for nearly all diseases human beings of all ages suffer : pain, anxiety, depression, stress , neurodegenerative pathologies, epilepsy, cancer …., Glossary

6 Health Benefits of CBD for Fitness and BodyBuilding

CBD And Health: Everything You Need To Know