CBD is a molecule present in Cannabis which has multiple therapeutic virtues. In Chinese medicine, Cannabis has been used for thousands of years to cure many diseases. Unfortunately, most patients are very poorly informed about this plant because there are no accredited doctors specialized in this type of treatment.

After an extensive search, the Alpha-cat team was able to find nutritionists well-versed regarding CBD as a nutritional supplement. Led by Viola Brugnatelli, the NatureGoingSmart team offers weekly scientific articles focused on the effects of hemp.

If you want to know more about the CBD and its effects on numerous pathologies, then this article is just for you! (For more illustrations about CBD, we invite you to see this website: Alchimiaweb)

What is the CBD ?

Cannabidiol, or CBD as it is also known, is a cannabinoid present in the Cannabis plant. Its molecular configuration is similar to that of THC, but unlike the latter, CBD has no psychotropic effects (i.e., it causes no sense of intoxication, dizziness or euphoria), which are characteristics more attributable to THC and more generally to the recreational use of Cannabis.

CBD possesses therapeutic properties that we will present you in this article. An interesting feature of this molecule is its very low toxicity, and thus has very few adverse side effects: In the worst case, too high of a dose may cause sedative sensation (sleepiness). CBD has a very low affinity to cannabinoid receptors (CB1 and CB2), but it also induces a variety of effects when it is bound to other human receptors such as the putative cannabinoid receptor, GPR55, or serotonin receptor, 5-HT1A.

A study published in February 2015 in « Pharmacology & Pharmacy » shows that a cannabis plant extract with a high CBD content is more effective at ameliorating symptoms caused by pathological diseases than CBD used in its pure form, thanks to the presence of other cannabinoids, aromatic terpenes, and hundreds of other molecules in the plant, which act synergistically to enhance the natural action of the CBD, including its dosing and efficacy. Therefore, when sourcing your CBD products, look for products containing these synergistic molecules, not only the CBD in its isolated form.

Products containing CBD consumed orally are mainly found in the form of oils, capsules or sprays, the latter being used under the tongue. The dosage of the CBD is not yet well-defined by science and varies depending on the disease, but it is common to start by using 1 mg CBD per kg of body weight, then gradually increase the dosage until an effective quantity is determined.

CBD can also be used in creams, ointments and other cosmetics, this topical application is particularly effective against localized pain and skin problems such as acne or psoriasis.

There are also many varieties of Cannabis with THC and CBD in balanced proportions. These plants have psychoactive effects less strong than conventional Cannabis varieties rich in THC. With these plants, it is possible to take advantage of the properties in CBD. A seed bank called « CBD Crew »  has recently developed a variety of cannabis richer in CBD than THC, called « CBD Therapy ».

If you want to enjoy the therapeutic properties of the CBD but appreciate recreational effects of THC at the same time, don’t worry : this study published in December 2015 in « Neuropsychopharmacology » shows that oral consumption of CBD does not reduce the strength or quality of the effects of smoked or vaporized THC. It is not necessary to choose between healing and having fun! 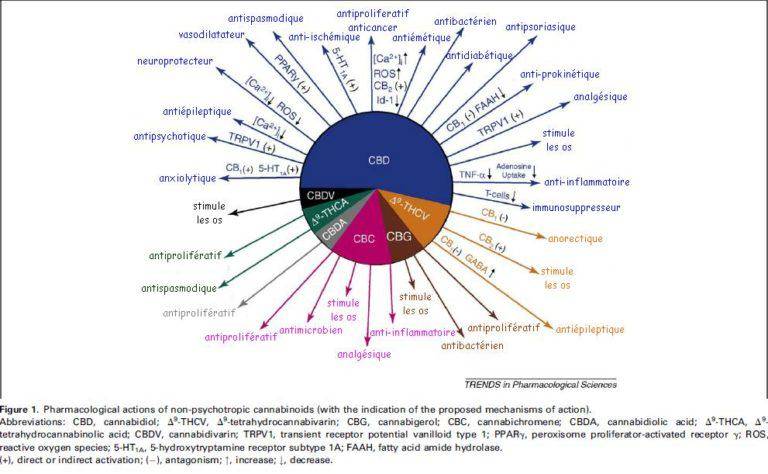 For which conditions can we use the CBD?

By studying more than 1,500 scientific publications on cannabidiol listed since the discovery of this cannabinoid by Professor Mechoulam in 1964, we noticed that about half have been conducted over the last 5 years. This shows a significant increase in investigative focus surrounding medical research in this molecule with many fascinating properties, which are enumerated below by disease or physical condition: 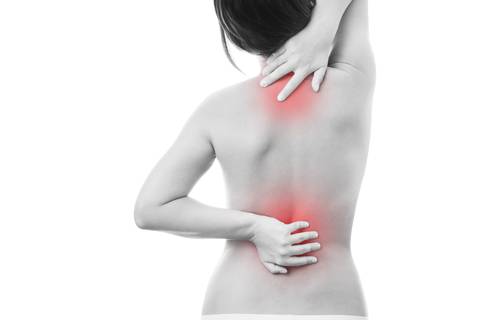 Cannabidiol has potent analgesic and anti-inflammatory properties, you can use it orally or apply directly to the skin in an infused cream.

Cannabidiol (CBD) and its analogues: can be used to reduce inflammation, according to a study published in the review « Bioorganic & Medicinal Chemistry » in February 2015,

Cannabidiol, an emerging therapeutic strategy to reduce inflammatory damage. Published in the review « Free Radical Biology and Medicine » in September 2011.

CBD is also effective against pain associated with arthritis, according to the study published in October 2015 in the « European Journal of Pain ».

CBD is an effective anxiolytic, which helps to regulate mood and prevent depressive phases, as shown by these recent studies on this topic:

Cannabidiol as a potential treatment for anxiety disorders. Published in the « Journal of the American Society for Experimental NeuroTherapeutics » in September 2015.

Anxiolytic and antidepressant effect of cannabidiol. Study published in the review « CNS & Neurological Disorders » in 2014.

Cannabidiol, a component of Cannabis sativa L., as anxiolytic medication. Publication of the « Revista Brasileira de Psiquiatria » in June 2012.

Cannabidiol would also be effective against anxiety attacks and panic attacks, as shown in this study published in May 2016 in the journal « Current Neuropharmacology ». 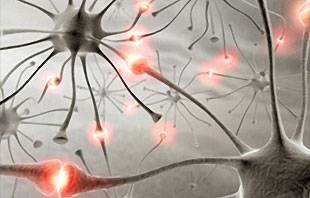 CBD is effective in some patients affected by severe forms of epilepsy, even patients adversely effected to conventional drugs, particularly among children, such as Dravet, West or Lennox-Gastaut syndrome. We invite you to read this article on cannabis use in the case of epileptics, which includes a lot of information and studies on the subject, one of the most relevant is a study from Dr. Devinsky published in March 2014 in the review « Epilepsia »

Cannabidiol: could it be used as an alternative to antipsychotics? Publication of the Journal of Psychiatric Research in March 2016.

Systematic review of antipsychotic properties of cannabidiol in humans. Publication of the Journal Schizophrenia Research in February 2015.

Cannabidiol as a potential treatment of psychoses. Study published in the Journal European Neuropsychopharmacology in November 2013.

Critical review of antipsychotic effects of cannabidiol. Published in the Journal Current Pharmaceutical Design in June 2012. 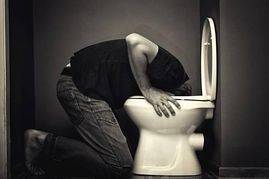 Cannabidiol possesses antiemetic properties, as shown in this study published in August 2011 in the British Journal of Pharmacology.

CBD is particularly effective against nausea and vomiting caused by chemotherapy, according to the study published in December 2010 in the British Journal of Pharmacology. 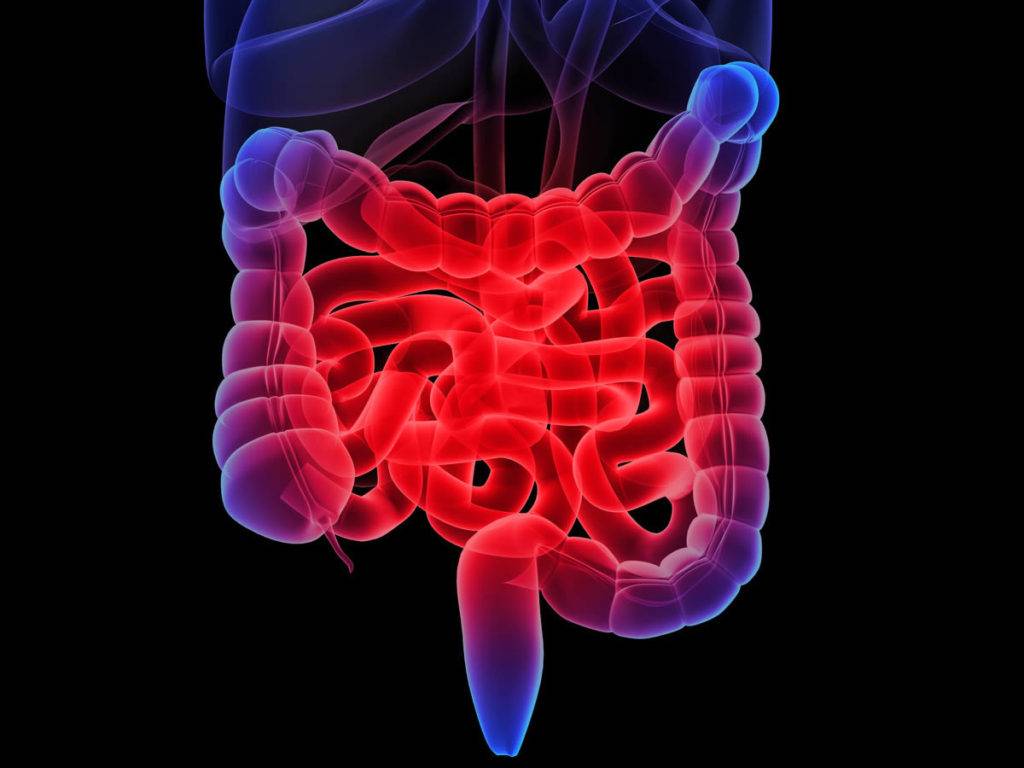 Cannabidiol is also being studied for its effectiveness against inflammatory bowel disease such as Crohn’s disease or ulcerative colitis:

CBD against inflammatory bowel disease. Article published in the journal Phytotherapy Research in May 2013. 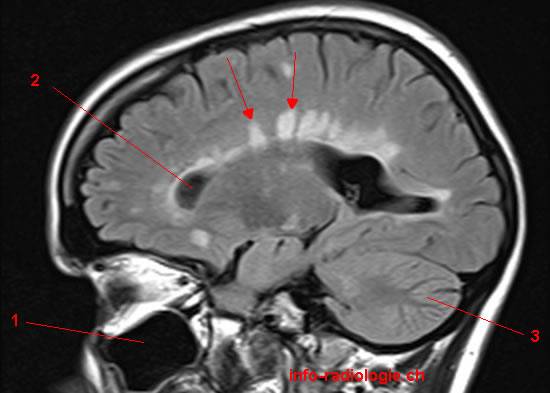 CBD is one of two active ingredients used in Sativex, the drug for patients with multiple sclerosis (the second active ingredient is THC). But these cannabinoids would also be effective infused into a cream to treat the symptoms of this disease, according to the study published in January 2016 in the Journal of Pharmaceutical Sciences DARU. 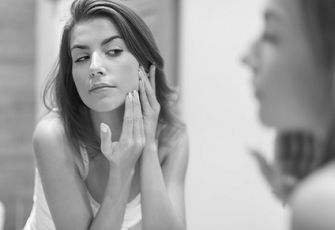 CBD has a sebostatic and anti-inflammatory effect on human sebocytes, making it an effective drug in the treatment of acne. Published in the Journal of Clinical Investigation in July 2014.

On the same subject, this study published in the journal « Experimental Dermatology » in April 2016 shows that the CBDV, CBC and THCV cannabinoids are also for treating acne, a disease that particularly affects the skin of  teenagers and many adults. 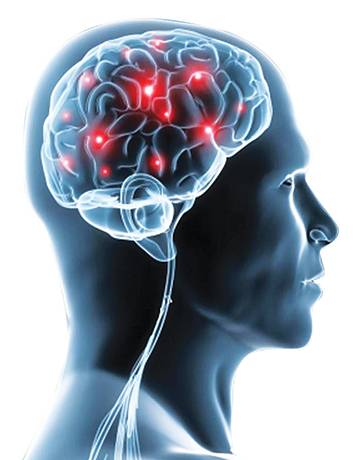 Cannabidiol protects neurons from degeneration, this neuroprotective property being particularly useful against neurological diseases. Cannabis is used for treating Alzheimer’s disease, one of the most relevant studies was published in February 2011 in the journal Molecular Pharmacology.

The action of the CBD is more generally studied against neurological disorders:

Cannabidiol, neuroprotection and neuropsychiatric disorders. Published in the journal Pharmacological Research in February 2016.

Cannabidiol in medicine, review of its therapeutic potential against CNS disorders. Study published in the journal Phytotherapy Research in October 2008. 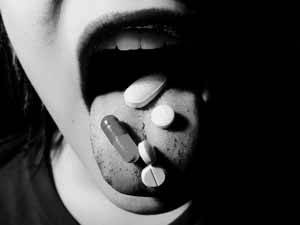 Cannabidiol (CBD) may be used to fight against addictive behavior, as described in this publication in May 2015 in the review Substance Abuse: Research and Treatment.

CBD would be particularly effective to aid cigarette smoking cessation, according to a study published in April 2013 in the journal Addictive Behaviors. It can also be helpful in reducing opiate addiction, as reported in this study published in the review Neurotherapeutics in October 2015. 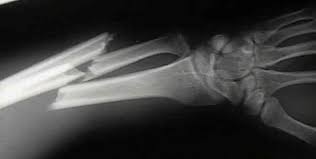 According to the study published in March 2015 in the Journal of Bone and Mineral Research, cannabidiol (CBD) accelerates the healing of bone fractures by stimulating osteoblast activity. 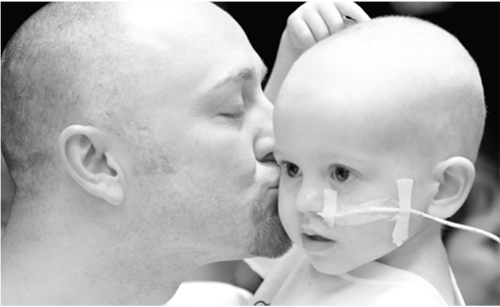 CBD fights against certain types of cancer, thus its increase in popularity amongst researchers due to its many anti-tumor properties. Cannabidiol exerts an anti-angiogenic action, (i.e., it inhibits the creation of new blood vessel networks required for tumor growth), as explained by the publication in the British Journal of Pharmacology in May 2012. 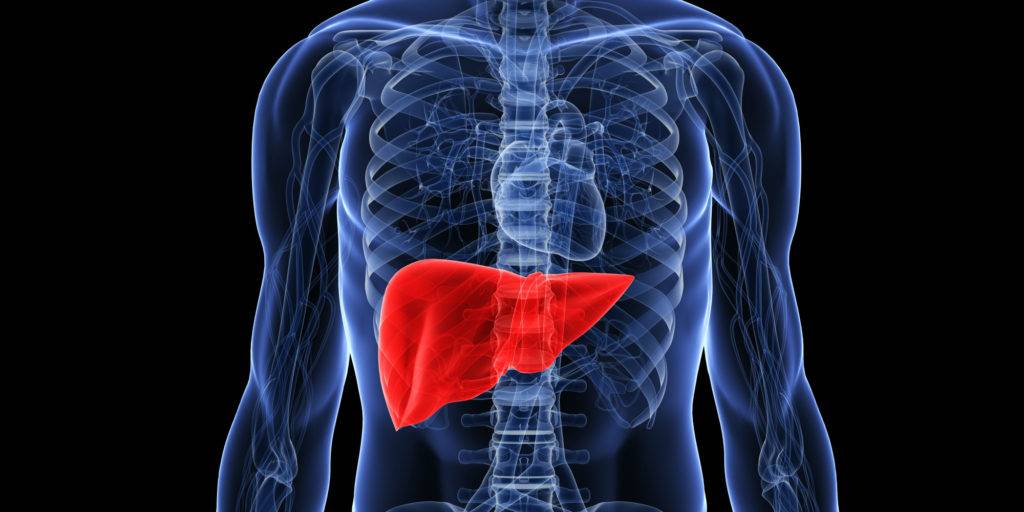 Cannabidiol protects the liver from hepatic steatosis caused by alcohol consumption, according to the study published in Free Radical Biology & Medicine magazine in March 2014.

This protective action is not only applicable to alcohol consumption, but also this study published in April 2015 in the review Mediators of Inflammation demonstrates that CBD also protects the liver from damage caused by cocaine consumption. 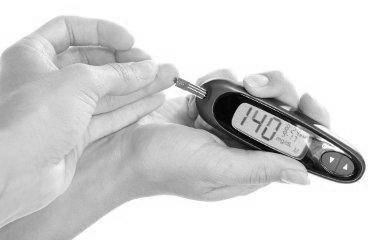 Cannabidiol (CBD) would be able to reduce the incidence of diabetes. It could also help to treat complications related to this disease, such as diabetic cardiomyopathy and diabetic retinopathy. (Source: Autoimmunity)

This non-exhaustive list of diseases that can be treated with CBD will be updated regularly based on the latest scientific advances. For example, we know that cannabidiol is currently also studied in the fight against obesity, asthma, degenerative disc disease, or for its beneficial effects on the cardiovascular system.

Alpha-cat’s Sebastien Beguerie (CEO) had the incredible honor of meeting Professor Hanuš, one of our heroes of the science of cannabis! For those of you who don’t know: https://en.wikipedia.org/wiki/Lumír_Ondřej_Hanuš

BACK TO THE SHOP

16 thoughts on “Properties of the CBD”